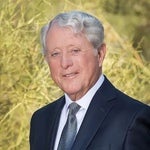 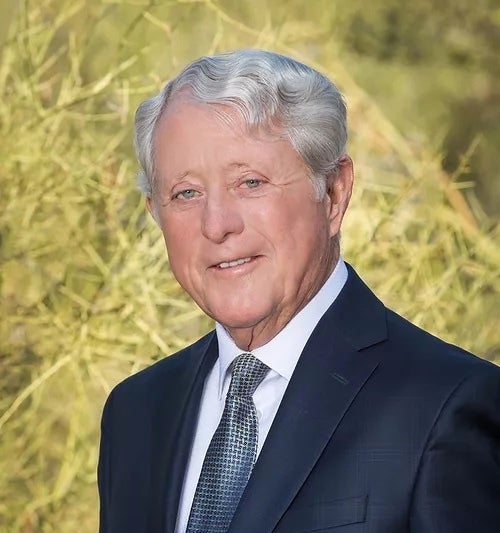 A native son of Tucson, Burton J. Kinerk has spent most of his life entrenched in the Tucson community. He is a graduate of Tucson High School and attended the University of Arizona on a baseball scholarship, earning a Bachelor of Science in Business Administration in 1957. Afterwards he became a First Lieutenant in the U.S. Army, serving as a paratrooper-intelligence officer for the 18th Airborne Corps, before returning to Tucson and earning his law degree from the University of Arizona Law School in 1962.

Burt is nationally certified by the American Bar Association as a Specialist in Civil Trial Law and Civil Practice Advocacy, and is an Arizona Bar Board Certified Specialist in Personal Injury and Wrongful Death. He has over 50 years of expertise in civil trial work at the local, State and Federal level, with an emphasis in serious personal injury, wrongful death, medical malpractice, and complex multiple party plaintiff lawsuits such as flood litigation and product liability cases. He is a former private pilot and has been involved in litigating significant aviation crash claims.

Throughout his distinguished career Burt has earned recognition as a top attorney by many organizations and publications, including an AV Preeminent Rating by Martindale-Hubbell®, as well as being named to Best Lawyers in America, Super Lawyers Magazine's Southwest Super Lawyers, and America's Top 100 Lawyers' Lifetime Achievement Award, among others. He was the Co-Founder of the Arizona's Finest Lawyers Foundation, and has served as President of the Tucson Chapter of the American Board of Trial Advocates (ABOTA) as well as the Arizona Trial Lawyers Association (now the Arizona Association For Justice, AzAJ). Burt also maintains his membership in many professional and legal organizations, including but not limited to ABOTA, AzAJ, and the American Bar Association's National Board of Trial Advocacy. Burt has also been a guest lecturer at the University of Arizona James E. Rogers School of Law, and for several legal associations, most notably the Arizona State Bar, Western Trial Lawyers Association, and Pima County Bar.

Burt and his wife Nancy raised four children and have eleven grandchildren.

Thank you for contacting us. We will get back to you shortly.

Please complete all required fields below.

We are here for you, to listen, advise and consult with you on your legal issues, to help you navigate the legal system, and to zealously represent your side. Our law firm focuses on your legal rights associated with the Serious Personal Injury and Property loss issues that can impact your daily life. We have pursued multiple Medical Malpractice cases which have led to Serious Personal Injury and Wrongful Death claims. We have been involved in Aviation Crash Claim cases, as well as other types of Complex Multi-Party Litigations that include pharmaceuticals, product liability and flood damages. We also have the experience of advising and representing high-profile professional athletes and coaches in our Sports Management agency. Don't Chance Settling For Less When You Can Hire The Best!

We'll gladly discuss your case with you at your convenience. Contact us today to schedule an appointment.